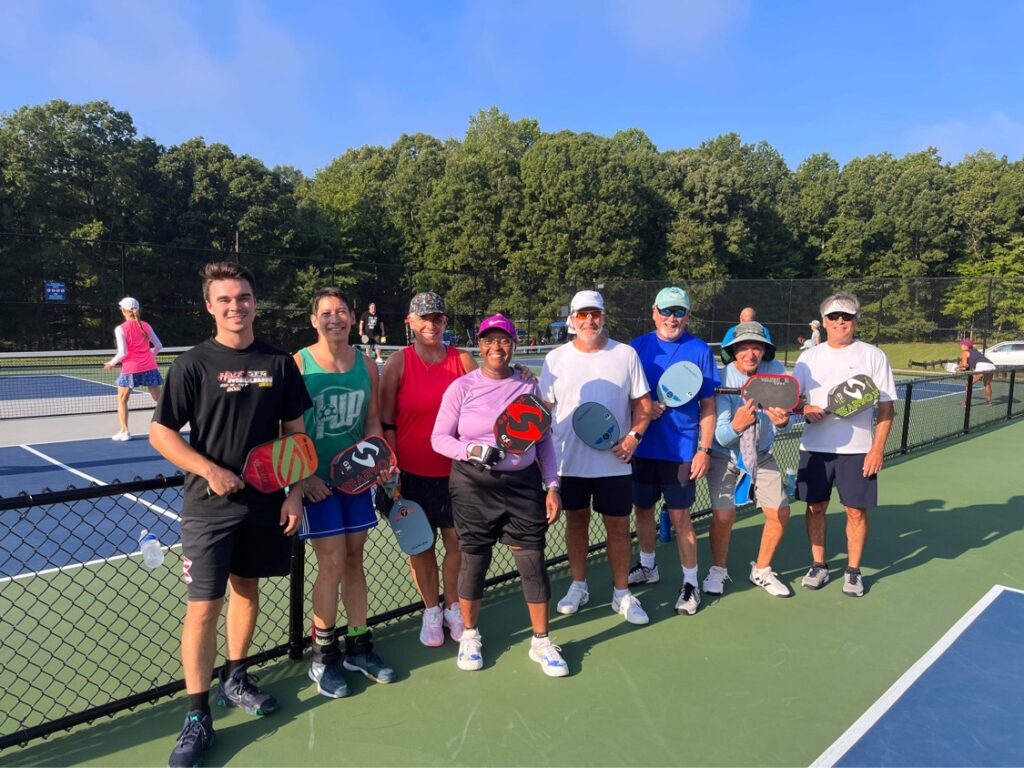 This morning the Woodbridge Pickleball Club ran a free round robin for eight players self-rated at 3.25-4.0. During the round robin each of the players played with and against every other player for a total of 7 matches. The format for the round robin was 1 game to 11, win by 1.

Even though the round robin began at 8am, the heat was brutal – and the games were just as intense!

For this round robin, each player earned points based on their own performance based on matches won, head-to-head, and point differential.

Jason came in first place with 6 matches won and Dave came in second place with 5 matches won. Coming down to a close head-to-head Dewayne came in third, and Mark came in fourth.

After the round robin was completed, the first and fourth place players played against the second and third place players in a championship game with the format of 1 game to 15, win by 2. After an extremely competitive match, Dave and Dewayne beat Jason and Mark 15-13.

Thank you to all the participants for playing in the round robin and thank you to Dave “Jeffy” Johnson for organizing! Keep an eye on Playtime Scheduler the events calendar for more competitive events! 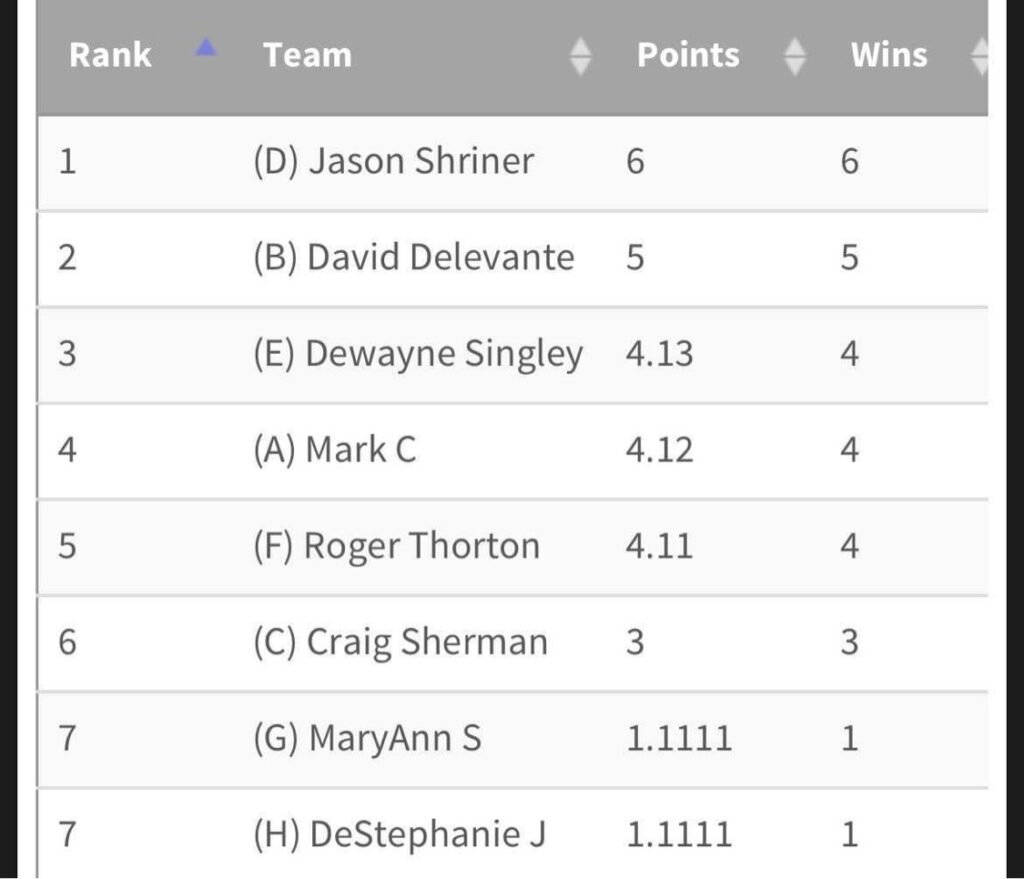