Pickleball. Play it Once…
Love it Forever!

How to Play Pickleball

Where to Play Pickleball

Pickleball is fun, social and friendly. The rules are simple and the game is easy for beginners to learn, but can develop into a quick, fast-paced, competitive game for experienced players.

Pickleball is played with a solid paddle and wiffle ball like pickleball. It combines some elements of badminton, tennis, and ping pong and is played on a court similar to badminton and a net similar to tennis with some modifications.

On Bainbridge Island, Washington in 1965 in an effort to cure the boredom of their children, three dads, Joel, Bill, and Barney invented the popular sport. Prolific throughout the United States and Canada, the game is growing internationally as well, with many European and Asian countries regularly adding courts. 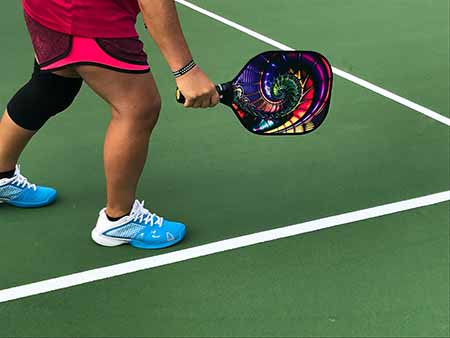 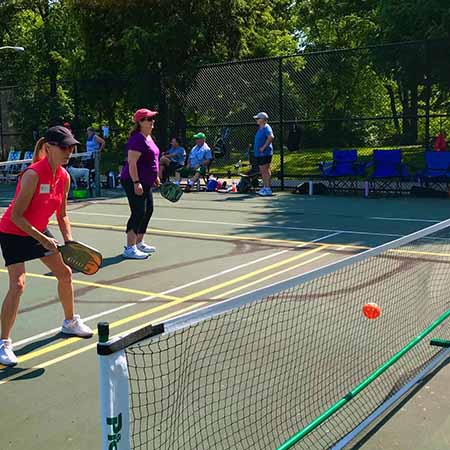 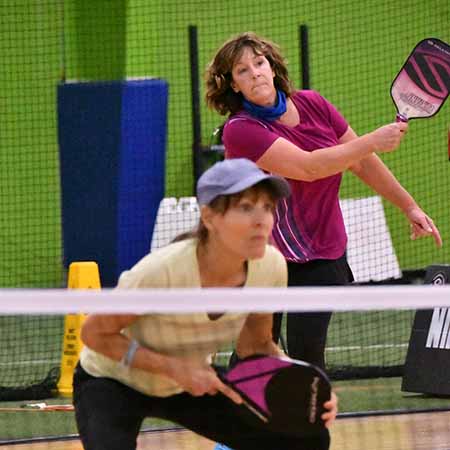 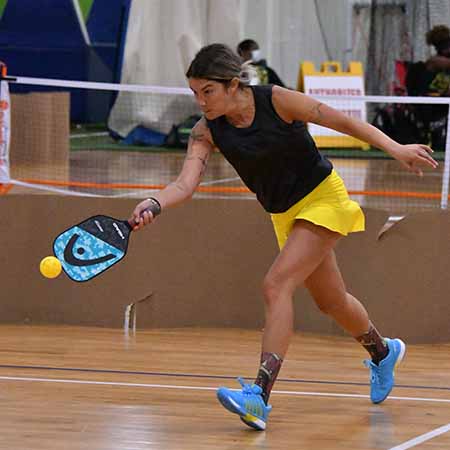 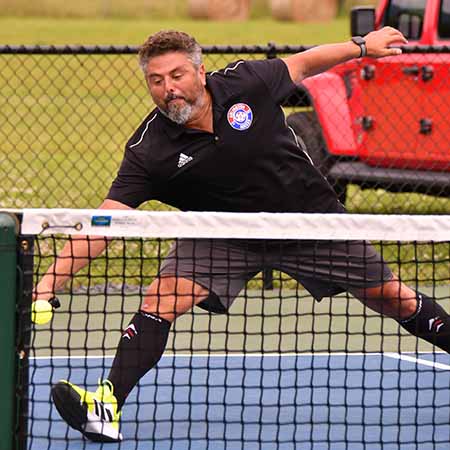 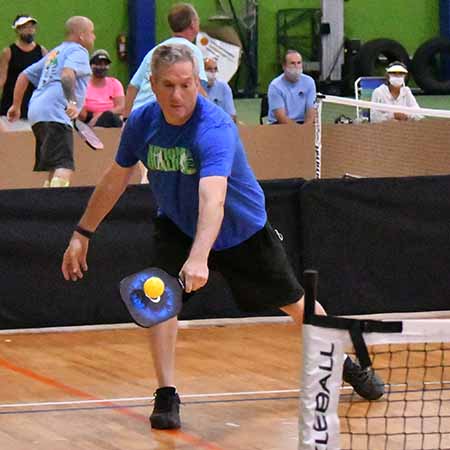 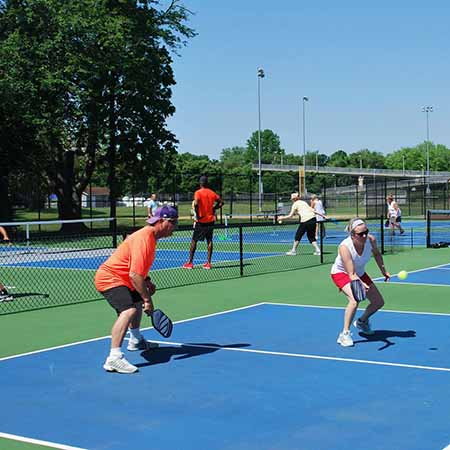 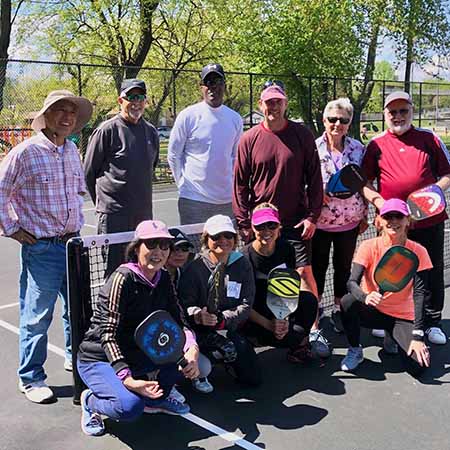 That’s the beauty of Pickleball and why it has become so popular – anyone can play.

Whether you’re 80 years old with limited physical abilities, or your 18 at the prime of physical health, there is a place for you in Pickleball. You play to your skill level with fellow pickleballers at the same level.

In fact, in 2016 the United States of America Pickleball Association sanctioned and recognized Para-Pickleball as a competitive branch of pickleball.

The point is ANYONE CAN PLAY! So grab a paddle and get out there – there’s always a pickleball game looking for a player.

Why Should I Become a Member?

The Woodbridge Pickleball Club works hard with Prince William County to advocate for courts, lights, and more. We need your support to help.

The yearly membership dues are only $12.00 and with your membership you’ll gain access to training clinics, pro workshops, socials, promotional/charitable events and tournaments, and some great online discounts for equipment.

The question should be, “Why wouldn’t I join the Woodbridge Pickleball Club?”

How do you play?

Simple. Get out there, grab a paddle, and start playing. Yes. It is a bit more complicated than that but the best way to learn is to play.

We have links on every page to show you how to play, what the court etiquette is, how to judge your skill ratings, and the rules. You can also download the rules by clicking the button below. 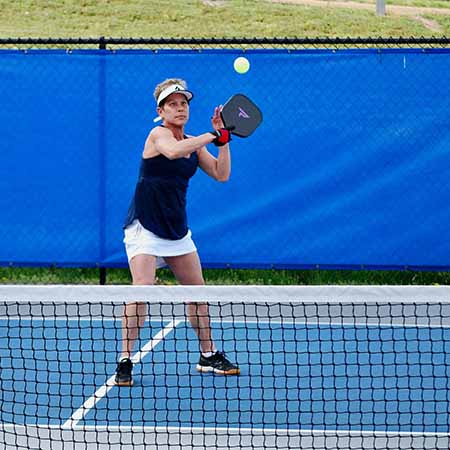